With the long weekend here, we have some great news regarding St. Mark’s Church and a radio interview with Durand President Janice Browne.  If you’re staying in the City, there is much to do, especially if the weather holds and we can avoid the rain.  Why not grab a SoBi and head down to Cootes Paradise and check out one of the many trails that run along the waterfront. Have a fun and safe weekend!

Member of Parliament David Sweet for Ancaster-Dundas-Flamborough-Westdale presented the City of Hamilton with $280,000 for the ongoing rehabilitation of St Mark’s.  These funds are part of a national program the Harper Government launched this spring to celebrate Canada’s 150th Anniversary of Confederation in 2017.

These investments in local community infrastructure are intended to create opportunities to participate in local, regional or national celebrations which will generate pride attached to Canada.

“We are pleased that the Federal Government has recognized the unique historical value of St. Mark’s and the positive impact this project will have for Hamilton. The heritage designated building and associated grounds will provide recreational space to numerous residents from a number of underserved downtown neighbourhoods. We look forward to celebrating Canada’s 150th anniversary at St. Mark’s.”

The Durand Neighbourhood Association would like to thank our Director Yonatan Rozenszajn and Councillor Farr who were instrumental in convincing the City of Hamilton to designate St. Mark’s a project worthy for the Canada 150 Community Infrastructure Program.

CHML Sold on Hamilton – Tune in this Saturday August 1st

Tune into Judy Marsales Radio Show “Sold On Hamilton”, on Saturday Sugust 1st from 11am to 12 noon.  DNA President Janice Brown will be a featured guest dscussing history, heritage and other happening in the “hood”.  Tune to 900CHML on your AM radio dial.

Durand Movie Night: Save the Date!

Join the Duran on Saturday September 19th from 5pm to 10pm at the HAAA Grounds for an outdoor screening of Big Hero 6. Please note the location change to HAAA while Durand Park is being revitalized. 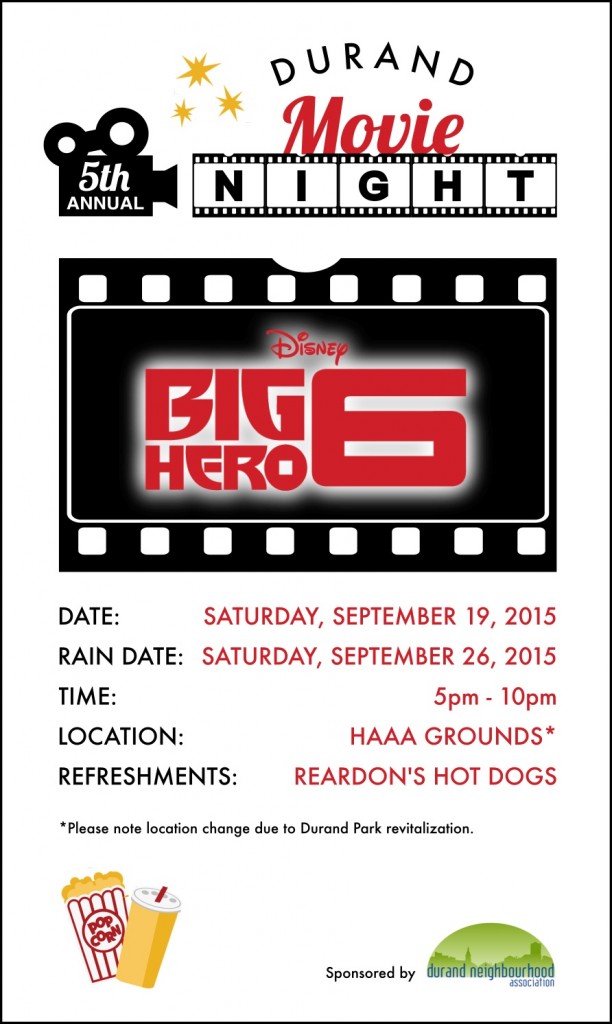