Heritage Updates in Durand
Ward 1 staff provide an update on various heritage issues in Ward 1 and 2 including June 25 St. Mark’s open house and the Gore District.
If there is anyone interested on working on Durand’s Heritage properites, please email president@durandna.com
777777
Cannon and Queen Street 2-way Conversion Audit
Learn more about the “Yes We Cannon” bike lanes campaign (and take the pledge), and the 1-way to 2-way conversion walkabout/audit for Queen and Cannon on Councillor Farr’s website.
7777
Residents have come together with Council Direction to determine the feasibility of converting Queen and Cannon from 1-way streets to 2-way streets.  They have also begun to encourage the City to build bike lanes on Cannon in time for the 2015 PanAm Games. A renewed interest in Sustainable Transportation initiatives in Hamilton parallels the enthusiasn accross the Greater Toronto and Hamilton Area to make major investments in a currently inefficient and under-funded regional multi-modal transportation stystem. 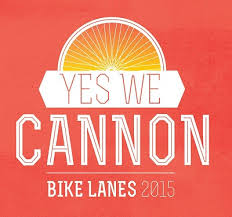